You know you are a writer when you wake up early on a Sunday morning with a possible murder mystery forming in your head. Ha! Below is my story creation for the blog hop photo prompt last week. Enjoy!

Lieutenant Rosco shook his head in bewilderment. How could anyone have kidnapped two people on a ship with no one noticing? And where could they have possibly gone in the middle of the Pacific Ocean? As it was they had to fly him in on a chopper to even begin this investigation.

Rosco went back over his notes trying to piece together the evening of Layla Tyke and Steven Moore. While the cruise had only been out to sea for three days, seems these two had already attracted a crowd of friends and became well known for their public displays of love through dancing, of all things.

The couple had been seen heating up the dance floor at the Swing Fling event on the second floor. They left the dance hall at 2 am and returned to their cabin by 2:05 am. They removed their shoes by the bedroom closet door, and their dance clothes, which were hanging haphazardly inside the closet. Though it was the middle of the night, they didn’t go to bed.

Rosco glanced up from his notes and scanned the unturned bedcovers, still smooth and taught from housekeeping services nearly 12 hours before the couple had returned back to the cabin. He moved his eyes to the sitting area opposite the bedroom and looked at the contents sitting on the small coffee table. Two wine glasses both with red wine still inside, a half bottle of Red Moon cabernet, a wine opener, a bag of ranch flavored Corn Nuts, and an open ring box with what looked like a man’s wedding band inside.

Rosco moved over to the table for a closer look. Only one of the wine glasses had been drunk from while the other remained untouched with no wine lining the side. Using a gloved hand, Rosco carefully lifted the glass with the lesser amount of wine and held it to the light. This one was Layla’s. The faint outline of lips was observable from the pale pink lip gloss on the side. What was more concerning, however, was the faint grainy film on the surface of the wine.

A dark haired, uniformed officer poked his head out from the bedroom. “Yes, Lieutenant?”

“Get a sample from this wine glass and get it sent to the lab. Something isn’t right.”

Rosco set the glass down just as his cell phone blared inside his pocket. “This is Rosco,” he answered.

“Sir,” said the voice on the other end, “You’re never going to believe this.”

“We just found Moore hiding in the utility closet of the butler’s pantry on the fourth floor.”

“Is he talking?” ask Rosco.

“Has he given Ms. Tyke’s location?”

Rosco lifted his eyebrows and let out a frustrated sigh. “Okay. I’ll be right up.”

Looks like this investigation went from possible kidnapping to possible homicide.

4 thoughts on “Mystery of the Missing Dancers” 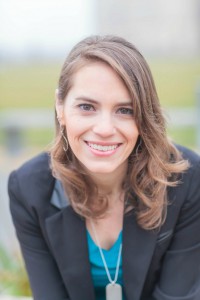